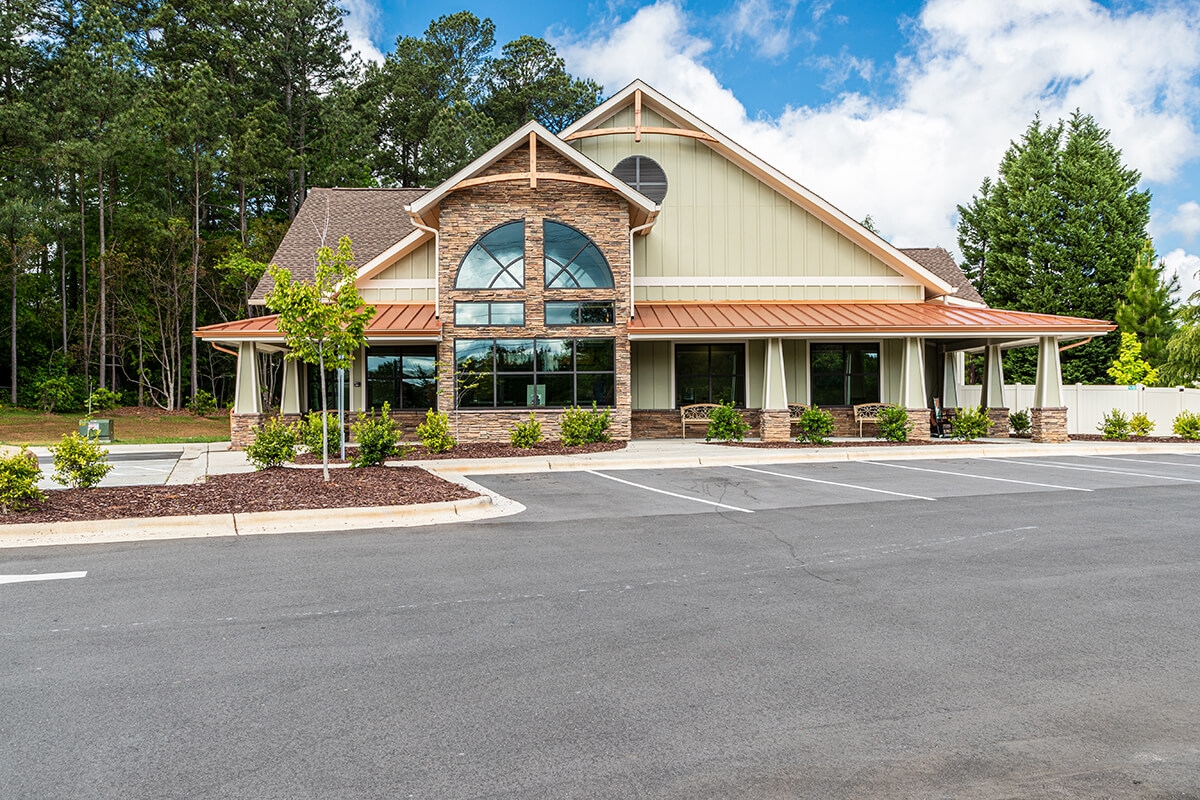 This weeks blog is about a problem that doesn’t occur very often but EVERY TIME it does occur… it is a big problem. I’m talking about maintaining good vertical separation between the floor of your building and the surrounding grade around the building. We just had an exquisite veterinary hospital open in Gastonia, North Carolina. The building is absolutely immaculate, except after it rained, three rooms along the north side of the building would have a wet floor. The first time this happened, the contractor pointed to the gutters as the culprit. It appeared that more water was over-topping the gutter than was running down the downspouts. With the idea that this recent rain was a result of a near miss from a hurricane, we knew this was an unusual and immense amount of water. The owner cleaned the gutters and we all thought the problem was solved.

Within a couple of months, the building once again experienced a heavy rain, and once again we had wet floors. This time we knew it wasn’t full gutters making a mess inside, it was something else. The contractor reviewed the site again and speculated that it was because the grade was sloping slightly towards the building in this particular area. It also bears to mention that a sidewalk ran along this side of the building some 5′ away from the face of the building which created a barrier for water to run away, causing water to pool right next to the building. The decision was made to create slope in this little island by making the grade at the building face the high point and sloping it down towards the elevation of the sidewalk, allowing the water to run over the sidewalk.

It just so happens that HDA was going back up the this hospital to shoot some photography. When we examined the area, the entire problem was not only as plain as the nose on your face, it was also very well hidden in plain sight. The contractor who had poured the sidewalk had poured it too high. It was at least level with, if not slightly higher than, the indoor floor slab! To make matters worse, the landscaping crew had come in and piled a bunch of dirt up against the building to create positive slope. This is exactly what created the problem. By code, and per the plans, the ground must be 6″ below the floor slab on all sides. This is a little challenging directly adjacent to doorways, but everywhere else its pretty easy to do.

What was happening was the ground was becoming saturated with liquid water during heavy rains. These saturated soils were piled up about four inches higher than the elevation of the floor slab. The water simply found the path of least resistance, which actually went through the exterior wall and into the building. I said this was as plain as the nose on your face because it is easy to check and make sure that the outside grade is lower then the floor. However, if no one is checking these things, it is very easy for a grading or landscaping contractor to come in at the end of the project and make minor grading adjustments. If they are not careful they can push the grade above the floor line. If that happens water will come into the building. There is simply no stopping it.

These are the kinds of things we catch on behalf of our clients, making your project a better project. See you next time. This is why we are the best dental architect and animal hospital design architects in Georgia!